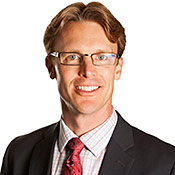 Tom Egan has been discovering and experimenting with living-systems facilitation style since 1994 where he started as a high school math teacher using cooperative learning.In 1996 Tom jumped on as lead program engineer on the GM Cadillac CRX platform and made a journey from engineer to program manager, account manager and into business development while developing his skills for solving problems through facilitating multiple stakeholders. The question has always been, how do teams perform optimally and how do we get things done with the intelligence available? Then as Marketing Manager for a supplier to the big three auto companies Tom’s job was to visit auto manufacturing companies and facilitate solutions teams with some of the most pressing engineering and manufacturing issues on parts and materials. As the auto industry hit a down spell, Tom became executive director of a start-up non-profit retreat center for cancer survivors and their families where he grew an all-volunteer organization into a sustainable operation. Tom has spent the last 5 years working as director of development and alumni relations for Western Michigan University spending most of his time serving CEO’s and C level executives in corporate America building networks and working relationships that support significant and meaningful development projects at the university. Tom serves multiple roles as coach, consultant, teacher and networker in his development and fundraising capacity. He has had the luxury to be on the inside track with executives from at least three billion dollar startups and in close with some of the most progressive leaders of our day.

Tom has been very hands on and practical in his approach to solving problems that involve multiple stake holders. His experience comes from boots on the ground participation in all facets of an organization from teacher to engineer to manager to executive. Tom is especially fascinated with developing organizations and particularly understands the needs of leadership and the demands put on them and the challenges they face. He loves finding alignment with the natural dynamics at play in an organization and team and setting the multiple intelligences free to manifest something greater than any one member or part. Rather than working twice as hard to get twice the results, he prefers to leverage current efforts for ten times the return.

Tom most enjoys studying the living-systems side of organizational development and has done a number of progressive and leading edge trainings to codify his experiences. He is inspired by implementing what he is learning in his work and life environments. Tom has competed nationally as a springboard and platform diver and holds an NCAA Championship title. Tom loves the outdoors and spends his free time kite boarding in Michigan’s great lakes.